Yndi Halda are an English Post-Rock band hailing from Canterbury who don’t follow the paint-by-numbers approach to the genre. Instead, they offer a more diverse dynamic, reminiscent of more experimental Post-Rock bands such as *shels.

This month they released four-minutes of track Golden Threads From The Sun, from their upcoming album Under Summer, their first release in 8 years. It’s only an excerpt of a full epic which clocks in around a quarter of an hour, yet it shows the band’s ingenuity and aptitude for sonic experimentation. Beginning with an elated and positive riff, evocative of The Cure, the song introduces soft vocals, grand guitar arrangements, and melancholic string arrangements, all in just four minutes. It’s expertly paced, standing alone as a piece in itself, whilst leaving space for more.

The album Under Summer is due for release on March 4th 2016, and will evidently prove to be an experimental, evocative, and emotionally rich listen – exactly what the fans have been waiting for. You can pre-order your copy via Big Scary Monsters in the UK and EU, or Burnt Toast Vinyl in the US. 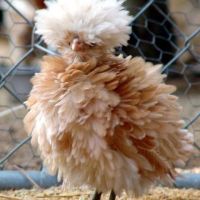